In the pre-christmas Nintendo Switch sale I picked up Heave Ho as LRR played it on launch and it looked like a laugh.

The only problem is, I only had a single pair of Switch controllers, and while its fun, it’s even more silly with four players, so I went in search of third-party controllers.

I came up with NH-Game, and a pair cost £30 including postage, which is half the price of an official set. I thought that if, at worst, the cases wern’t very good I could always 3D print some more, which could be a fun project.

After a two weeks this turned up: 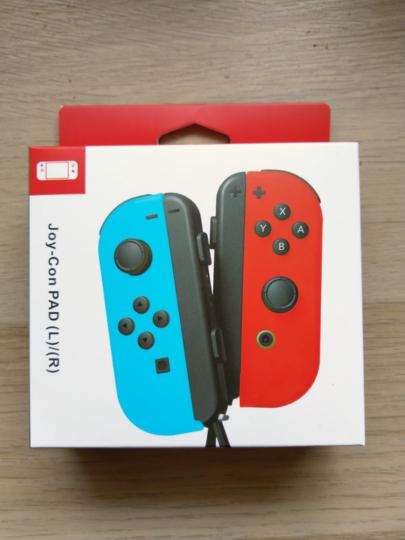 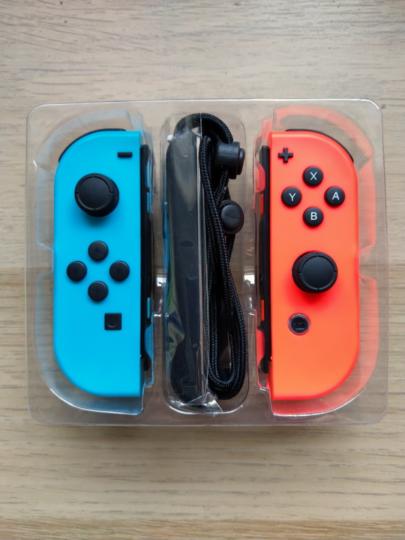 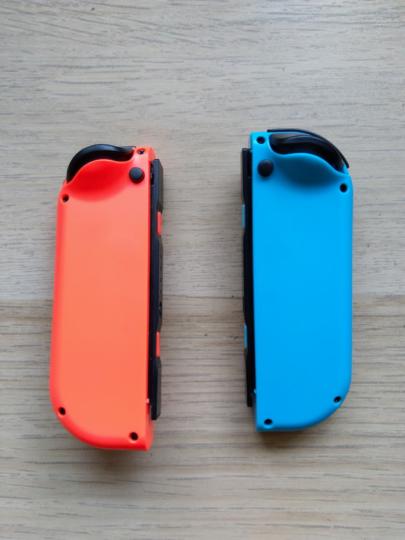 They look pretty close to the originals, possibly a bit lighter and without the matte finish, but they paired and charged when slotted into the Switch.

So, obviously the next thing to do was to open them up and see what’s inside: 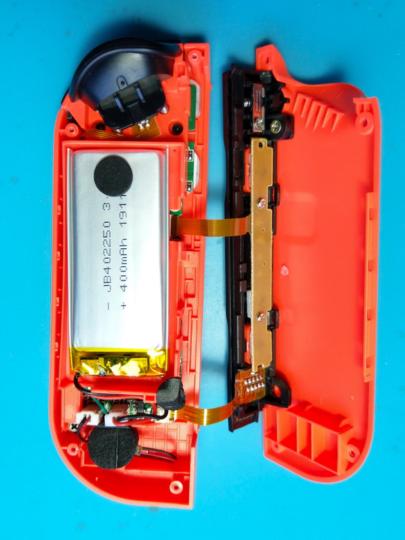 Going by the iFixit Nintendo Switch Teardown the batteries in the official ones are 525mAh, so the 400mAh in here is a slight downgrade. Assuming the battery drain is the same they’ll probably last 15 hours, rather than the 20 Nintendo quote for theirs. 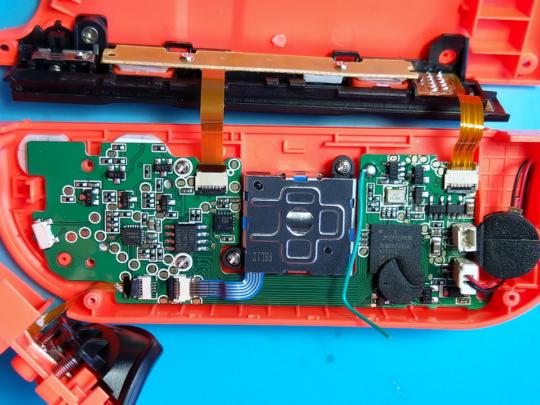 The bluetooth chip is the same as the one in the official controller, but the fancy LRA has been replaced with a simple motor, which isn’t surprising and I’m fine with that. 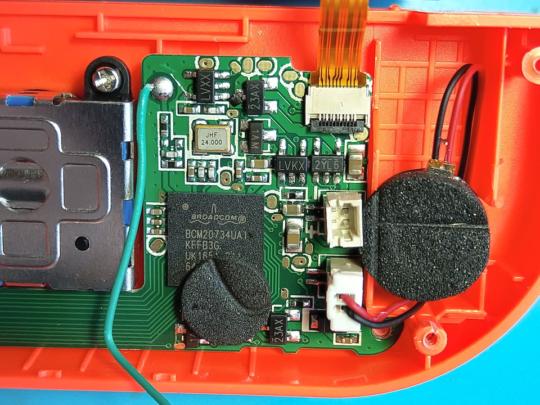 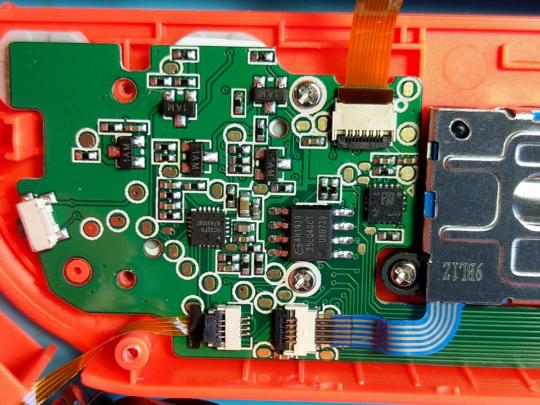 The internals of the blue controller are pretty much the same, the main difference from the official one is that they don’t have the camera, but everything is pretty clear about that so I expected that. As far as I know the only thing to use the camera is the Labo kits, so it’s not a problem for me. 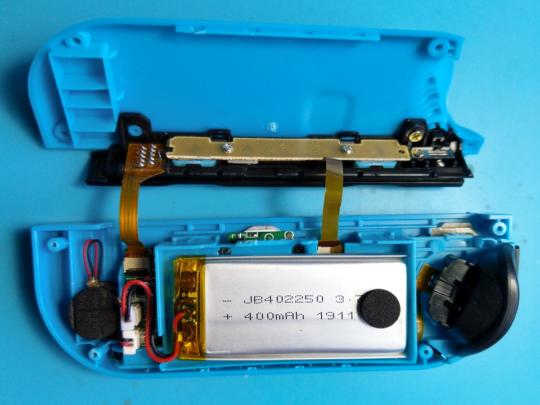 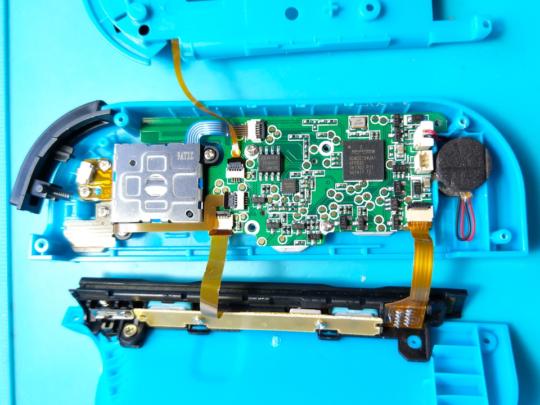 I guess we just have to wait and see how they survive being used, but as they’re not going to be used much I think they’ll be fine.